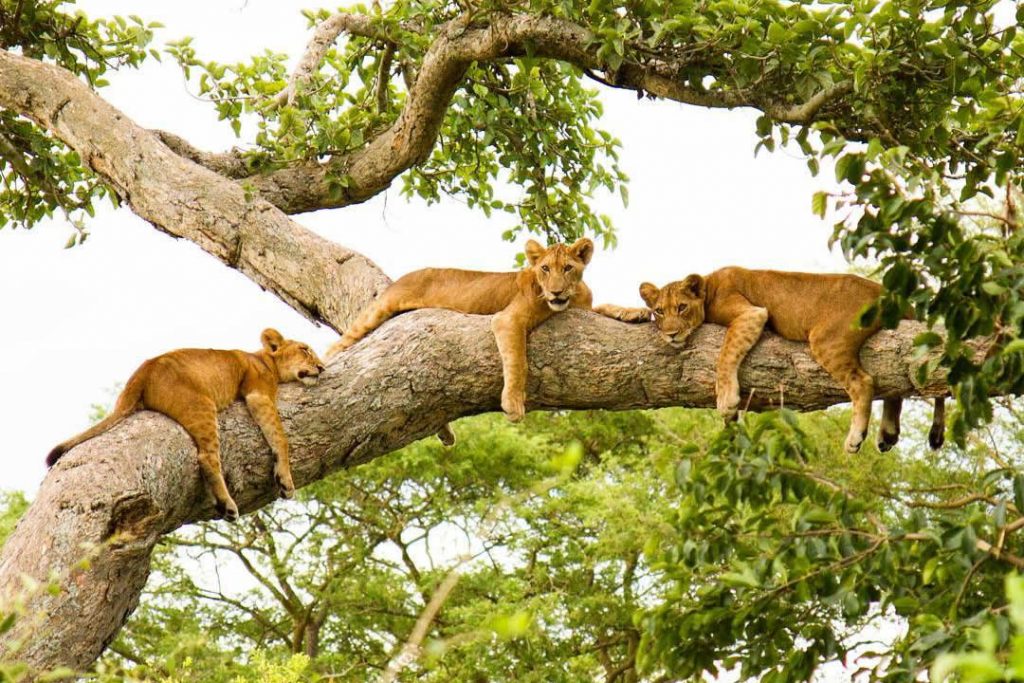 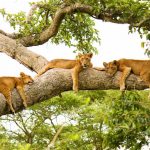 Located is the southern section of the park, Ishasha border point is a border crossing station and customs post in the Kanungu District in the Western Region of Uganda. It is inset 350 metres from the Ishasha River, which is the Uganda-Democratic Republic of the Congo (DRC) border locally, and is 1.3 kilometres from the town of Ishasha across the river in the DRC.

Our question to day is? Is it possible to miss seeing tree climbing lions in the ishasha sector of Queen Elizabeth National park.
The answer is yes. This is because game parks are not like Zoos where animal are caged for visitors to see so there is a possiblity of leaving Queen Elizabeth national park without seeing the tree climbing lions. If you wish to see the great animals,

What makes these lions climb the trees with the case of the tree climbing lions of Ishasha?

Many people all over the world ask why do lions in Ishasha sector climb trees. Lions also climb trees to avoid bug bites and to stalk prey from greater distances. There are no more than 2 populations in whole world of such lions that do actually climb trees as one of their day after day behavior. One of these populations is found within the Ishasha sector which is found in the south part of the well known Queen Elizabeth National Park within Uganda.

Which other animals will I see on addition to the tree climbing lions of Ishasha?

After you have seen the tree climbing lions of Ishasha, you will also see other animals in the same area. The most notable animals you will come across when you are in the area are the huge buffalos herds. These are a must see to supplement of the tree climbing lions of Ishasha sector. You will also come across the numerous antelopes. These animals (the antelopes) will be seen crossing your path. They like a lot crossing the path as you move. A number of elephants will also be seen. Many elephants these days have settled in the Ishasha sector. These belong to the big five game.  In addition to seeing the elephants, you will also see the hippos.

Those having private vehicles as well as equipment will certainly enjoy the seclusion of Ishasha the home of the tree climbing lions. Chances are that you will be just by yourself leaving alone the park’s staff. The park can be approached from one of two directions. kabale and Bwindi National Park in the south or from Katunguru on the main Mbarara Kasese Road. It is thus easily visited en route between Bwind and Mweya in the north of the park, though the road conditions are such it would be difficult to explore the game viewing tracks thourghly without spending a night there. All the routes will require a 4×4 wheel drive car to fight with the bad terrain and slippy roads in the rainy seasons.