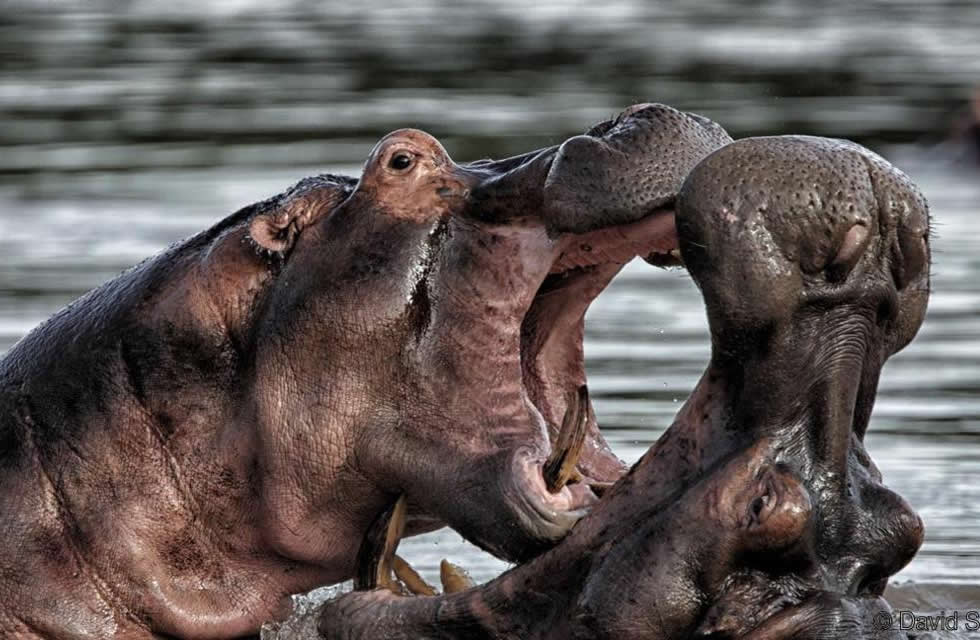 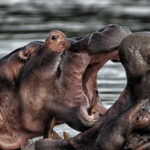 Hippo census, a scientific function undertaken once in two years to monitor population trends kicked off on February 25, 2014 at 8.30 am. It was flagged off by the CAM who participated in the count as a visitor.

The census provides an opportunity for clients interested in management programmes to participate and contribute towards achievement of objectives of management programmes .A hippo census is a total count planned to last for three weeks. It covers water bodies in the park that include Lakes George and Edward, Kazinga channel, rivers such as Ishasha and Kyambura and isolated crater lakes that include Kyasanduka, Nyamusingiri among others.

Hippo censuses were previously being conducted on Kazinga Channel with an estimate of approximately half the current population in the park. This partial count presented a challenge in estimating mortality rate of hippos at a time when anthrax struck. This prompted management to initiate a regular total count of hippos to monitor the population trends.

The census team plans for the exercise. First is the boat which has to be checked by mechanics to ensure that it is mechanically sound. Two operators are identified and taken through the nitty gritty of the turns, reversing, idling, racing, the throttle etc to be done during the counts to aid the observers to make nearly accurate estimates.

The observers are equipped with binoculars and well positioned to maximize sightings. One Data recorder who is equipped with data sheets records all the counts made by the observers and the visitor. There is a photographer who takes photographs of the different schools which will help in verification of counts. There is another observer tasked to count fish eagles.

The locations of sightings of the fish eagles are geo – referenced since they are territorial. This provides information on the ranges and habitat quality. There is a team leader who guides the exercise .

The census team is taken through the protocols. When you approach a school, you quickly scan the school and count the visible heads. Hippos submerge when you get close and can stay under water for up to 6 minutes . You do not have that time to wait for them to resurface. When you race your engine, some will emerge from the water.

Once a count of the school is done, observers announce the counts they have made. You expect variances due to errors in sighting or identification. Sometimes you come across individuals that isolate themselves and try to join a school as you approach.

A decision has to be taken on whether to count them separately or part of the school A census should start at 8.30 am because hippos go out to feed at night and return to the water before 8.30 am in the morning. This ensures that you do not miss hippos that had gone out to feed. You should carry out the counts before it gets hot in order to avoid rough waves that can rock your boat You take safety precautions while on the count.

You should wear a life jacket, balance your boat and avoid smoking I participated in a one and half hour count between the jetty and to the point where the channel empties into Lake Edward following the protocols and safety guidelines .

I sighted 189 hippos within one side of the shore in the 7 km stretch. It is a small sample size to make a projection. I expect a higher count than of 2012 of 4,800 hippos You must experience the hippo census and up close encounters with wildlife on the calm waters in the morning. If I were you, I would seize the opportunity to participate in a count in the remaining 19 days. You can contact our visitor information office to book a space on Telephone +256 -200-905446 Nelson.